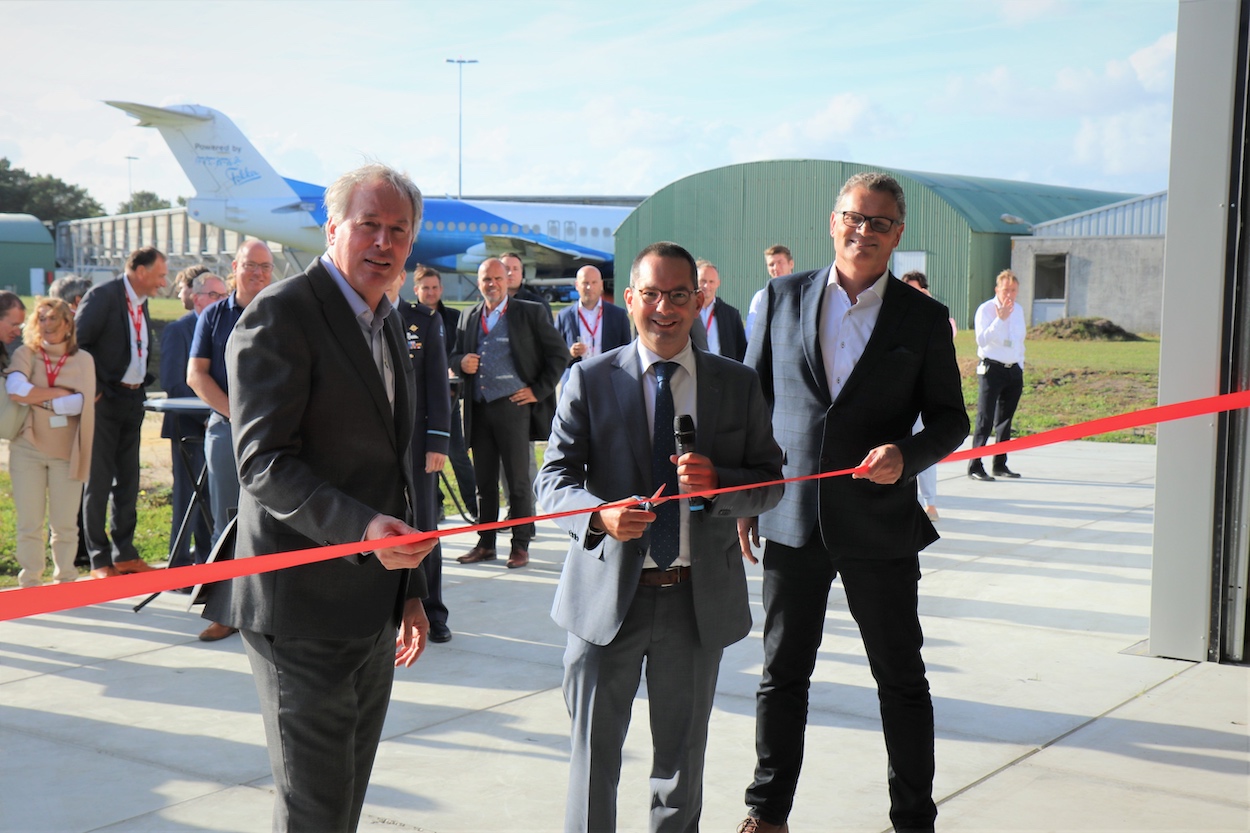 The Dutch Drone Center Aviolanda (DDC) was officially opened by mayor Adriaansen, of the municipality of Woensdrecht, on Thursday September 5th. The DDC offers companies and institutions the space to test drones in a safe environment. It is the first drone test center in the southern Netherlands.

“The Dutch Drone Center fulfills our ambition to bind innovative aerospace companies and institutions to the Aviolanda Aerospace cluster,” said Sander Heijmans, director of Aviolanda. “There are a few places in the Netherlands where you can test drones that are not yet certified.” In recent weeks, various companies and institutions have already used the facilities of the DDC, such as TU Delft, ICAReS and Silverwing.

“You can easily reach Woensdrecht from South Holland and South Netherlands,” said Rob Nispeling, chairman of the DDC. “And permits to test drones have already been arranged”. In addition to the now-open “Drone Lab”, which also permits drones to be flown indoors, drone testing can take place outdoors at various locations, including the runway for the Woensdrecht air base. The possibilities for experimental flying will soon be expanded and it will also be possible to fly a drone outside of the pilot’s range of vision (BVLOS flights).

The DDC was co-created by ICAReS (Interreg) and the province of Noord Brabant. In addition, the municipality of Woensdrecht, NLR, Aviolanda and the Royal Netherlands Air Force (Woensdrecht air base) are involved in the organization.

More information can be obtained from Rob Nispeling, chairman DDC at info@dutchdronecentre.nl