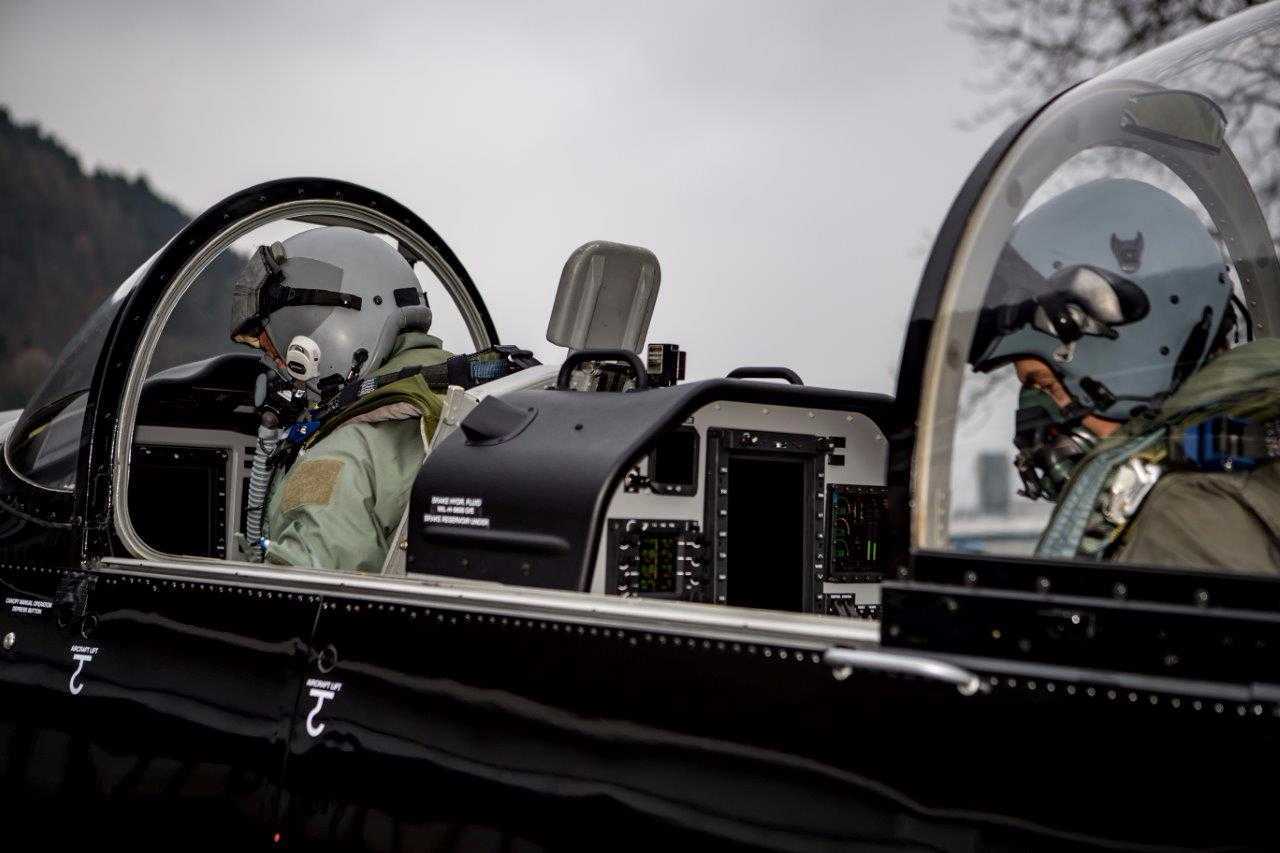 Last Tuesday, the commander of the Royal Airforce School travelled to manufacturer Pilatus in Switzerland in order to sign the papers to receive the first modernised Pilatus PC-7. The first trainer aircraft to receive such an upgrade was sent to Pilatus in May of last year. Analog gauges were replaced with digital screens and the plane’s frame was improved in 16 places.

The implementation of a digital cockpit not only prolongs the lifespan, but also enhances the connection between other types of helicopters and airplanes of the Airforce it’s 5th generation. Flight instructors dubbed the aircraft fitted for pure and powerful flights and thus named it an excellent training aircraft. ‘For example, we can see if the student is capable of anticipating constant changing flight situations and posesses a good hand-eye coordination.’, as told by major-aviator Jeroen Kloosterman.

Reimplementation of usage
The restauration is part of a reimplementation of the aircraft for the Royal Airforce. It’s expected that all thirteen PC-7 trainer aircraft will have received the upgrade by the end of 2018. In the run up, all instructors have to be re-educated and a full revision of the study program is mandatory in order to adapt to the new systems.

Because of the uniqueness of the update, they used the first PC-7 in order to develop en certificate the upgrade. De next two PC-7 aircraft, that left for Pilatus on July 6th, will stay in Switzerland for approximately 3 months.

The EMPS was established in 1988 after many Dutch aspirant-aviators wre unable to finish their studies in the United States. The EMPS still offers an effective and affordable program in order to prepare aviators for their successive study with different types of aircraft. Since the establishment in ’88, the dropout percentage has been reduced to nealy 0 percent.